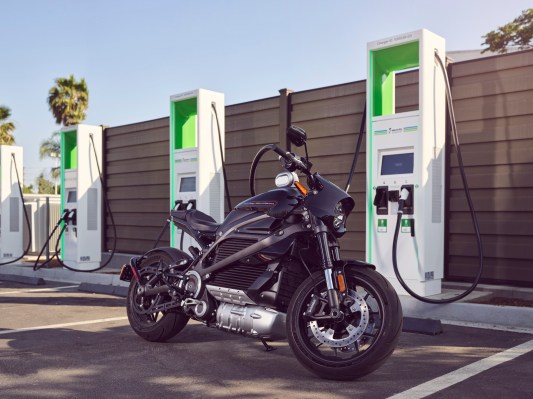 Harley-Davidson, the storied and struggling Milwaukee-based company that last year launched its first production electric motorcycle in an effort to reboot sales and appeal to a younger customer base, is cutting 700 jobs from its global operations. About 500 workers will be laid off before the end of the year, the company said Thursday.

The company’s CFO John Olin is also out, effective immediately. Harley-Davidson’s current VP Treasurer Darrell Thomas has taken over as interim CFO until a successor is appointed. “Significant changes are necessary, and we must move in new directions,” Harley-Davidson chairman, president and CEO Jochen Zeitz said in a statement.

Harley-Davidson has branded its job cuts and restructuring plan “The Rewire,” which Zeitz spoke about in the company’s first-quarter earnings call back in April. At the time, Zeitz said the company was still committed to its other strategic plan known as “More Roads” that aimed to make the manufacturer an accessible, global brand through marketing and dealership initiatives and a series of new products that included small-displacement motorcycles for Asia markets and EVs, starting with the LiveWire.

Still, Zeitz declared back in April it was time for a change.

“As a result of my observations and assessment, I’ve concluded that we need to take significant actions and rewire the company now in terms of priorities, execution, operating model and strategy to drive sustained profit and long-term growth,” he said in April. “We are calling it The Rewire. And it’s our playbook for the next few months, leading to a new five-year strategic plan, which we will share when visibility to the future returns.”

Visibility into the future has apparently returned, and in Harley-Davidson’s view it’s time to cut costs and possibly get back to its core products. Initial Rewire actions are expected to result in restructuring costs of about $42 million in the second quarter of 2020, Harley-Davidson said in its announcement Thursday. The company plans to share a summary of The Rewire, including additional costs and expected savings, when it releases its Q2 results. The Rewire will set the foundation for a new 2021-2025 strategic plan, which is expected to be shared in the fourth quarter.

Harley-Davidson has seen its sales drop in recent years in the U.S., its largest market, as its core Baby Boomer customers have gotten older. The COVID-19 pandemic dampened sales further and the company has already cut back production, which resulted in dozens of job cuts last month at its factories in Wisconsin and Pennsylvania. The push into EVs and products for Asian countries aimed to expand into new markets and breathe new life into Harley-Davidson.

It’s unclear how “The Rewire” might affect the company’s push into EVs. The LiveWire, which launched last fall, was supposed to lead a future line-up of EVs planned by Harley-Davidson — spanning motorcycles, bicycles and scooters. Harley-Davidson has not responded to a request for comment; TechCrunch will update the article if the company responds.

The statement from Harley-Davidson makes no specific mention of EVs. It only said the key elements of its restructuring plan were to enhance core strengths and better balance expansion into new spaces, prioritize the markets that matter, reset product launches and build up its accessories and merchandising businesses.